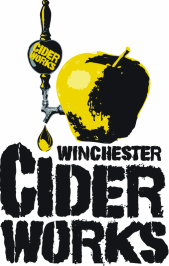 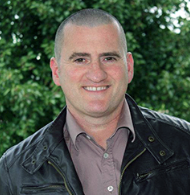 Stephen came to the US in 2004 in his role as a plastics engineer to help set up a facility in Winchester, Virginia for it's parent company in the UK.
One of the things he missed most from his English homeland was a good quality cider of which there was a dearth of around that time. He drew on his experience in wine making to experiment with different varieties of apples to come up with a blend which would give him a cider  he was confident that the American drinking public would enjoy as well.
It was when he joined forces with local apple grower Diane Kearns that the dream of producing the blend to a larger market began to take shape.
In  2013 Malice was born and made it's debut at the George Washington Hotel in Winchester Va quickly followed by rave reviews at the Living Social Beer Festival in Washington DC. It was these successes that gave the fledgeling Winchester Ciderworks the confidence to increase production and invest in equipment to supple a cider that not just the Winchester area can be proud of but the State of Virginia itself.
Schuurman is passionate in cidermaking and drinking with several visits back to the UK to learn from some of the World's most prominent cider makers. He also attained his membership to the National Association of Cider Makers under the tutelage of renowned English cider maker Peter Mitchell. 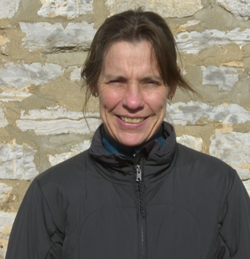 Diane Kearns is a 4th generation orchardist from a German/English family that made the Shenandoah Valley of Virginia its home just after the Civil War. She was born in 1959 as the first of three daughters to a father who was growing his grandfather’s apple orchard of 100 acres into now what is over 3000 acres. After getting a bachelor’s degree from Wake Forest University and a master’s degree from Boston University, Diane returned to the family farm, Fruit Hill Orchard, in 1983 to be close to the land, learn from her father and continue the tradition. Fruit Hill now grows over 1,000,000 bushels of apples each year. The varieties they grow include York Imperial, Golden Delicious, Rome, Ida Red, Fuji, Granny Smith and Gold Rush. As the markets of today change, Fruit Hill is diversifying and changing with them.  Producing hard cider, entirely from its own fruit, is a natural step and brings to the market a product which combines the uniqueness and quality demanded by today’s consumers with the tradition and history of a handcrafted beverage. Diane lives in Winchester Virginia with her husband Arthur and enjoys climbing, skiing and gardening.